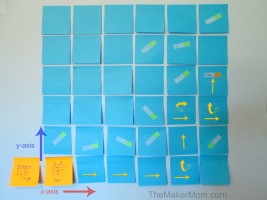 Last week I mentioned that I had a STEM project in the works with the Post-it® Brand. Today I get to introduce it to you! Behold Eye on the Prize, an analog computer programming game. In addition to introducing kids to programming logic, it’s a good introduction to pair programming because you need two people to play.

In pair programming, two programmers work together at a single computer. One writes the code while the other reviews each line of code in real time. In this game, the reviewer waits until the program is written and then runs through the steps, moving the character game piece through the grid to see if the objective is met.

The game objective is to program a path for the selected character to move through a grid-like maze of Post-it® Super Sticky Notes and reach its reward.

The code writer builds the program using prompts from a command wall in a simplified version of a block-based drag-and-drop computer programming tool.

The goal of Eye on the Prize is to efficiently guide the chosen character through a maze, while avoiding obstacles, to reach its reward. 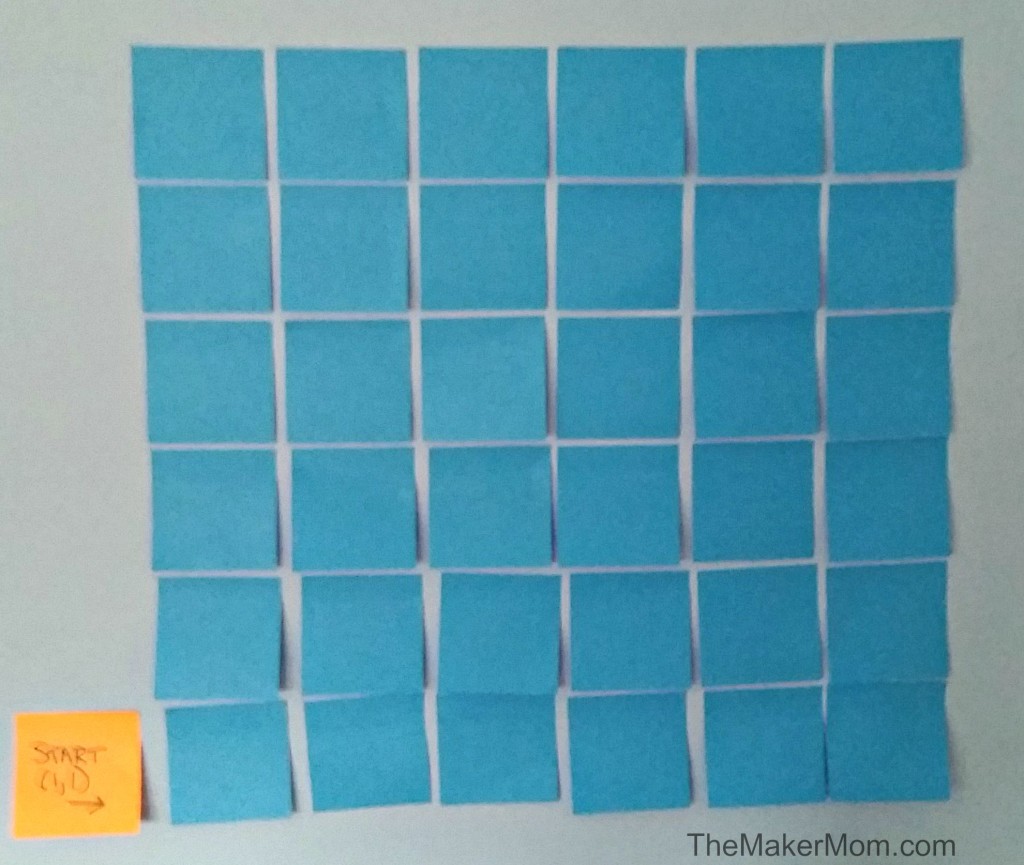 Build a command wall, as outlined in the details below. Thanks to the Post-it® Super Sticky Notes, your command list and grid will last for quite a while.

The command wall lists the commands available to write a successful program. With their bright hues, the Post-it® Brand World of Color Rio de Janeiro collection makes it easy to distinguish the different types of commands. 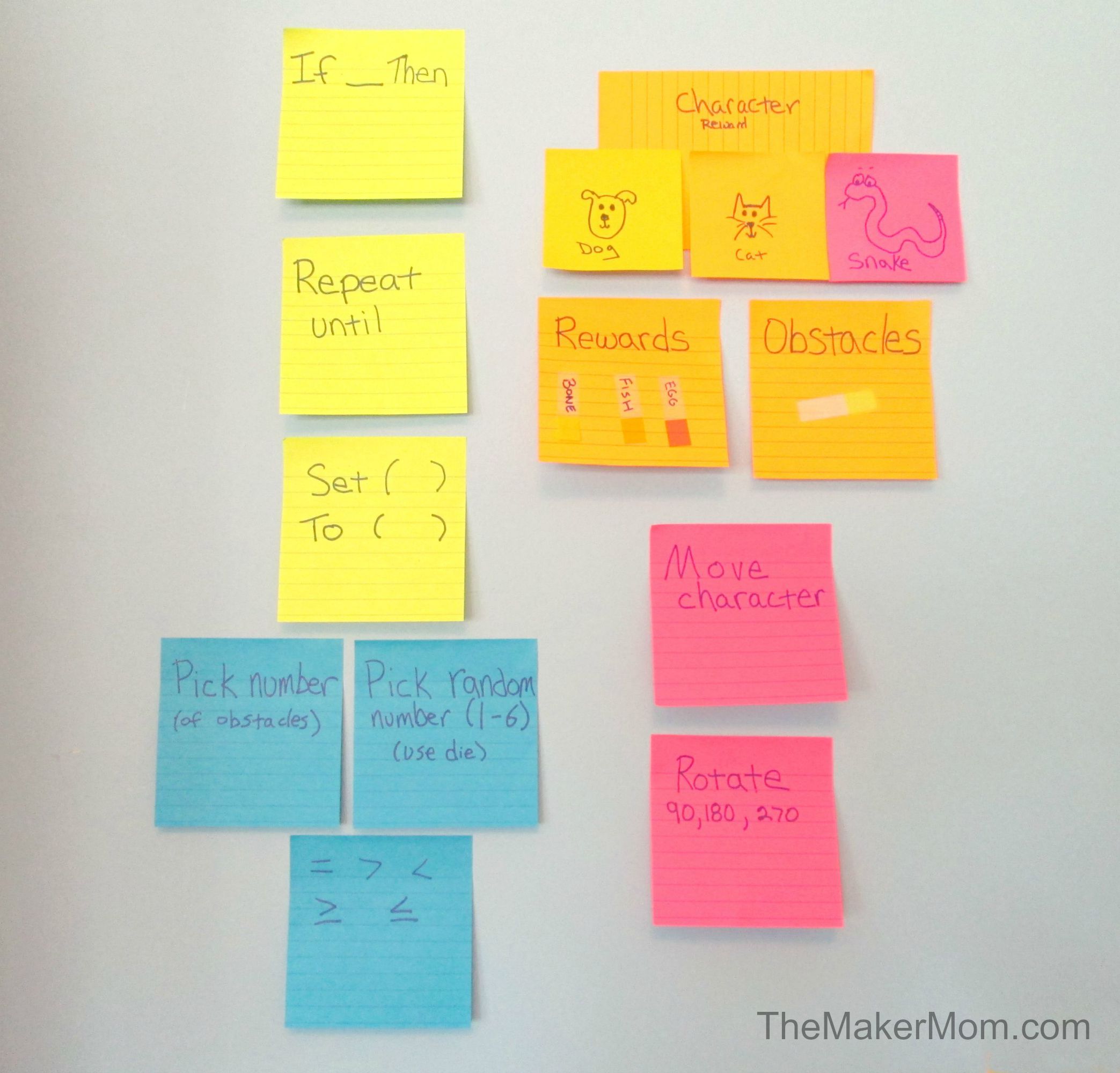 These are the game pieces (i.e. dog, cat, snake) as well as the related rewards (i.e. bone, fish, egg) and the obstacles. 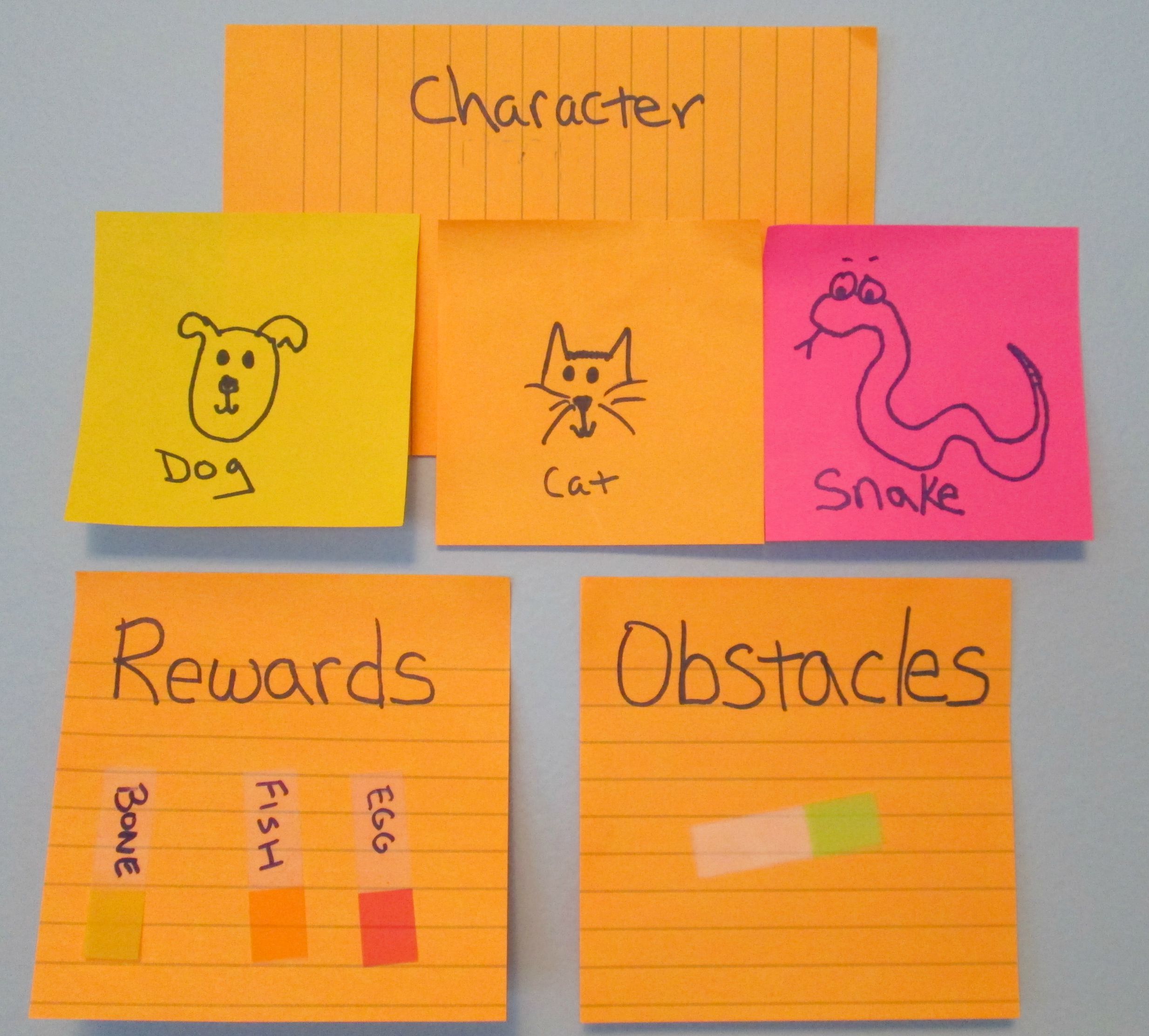 In addition to moving your character across the grid and rotating it to make turns, movement instructions also include placing the reward and the obstacles. 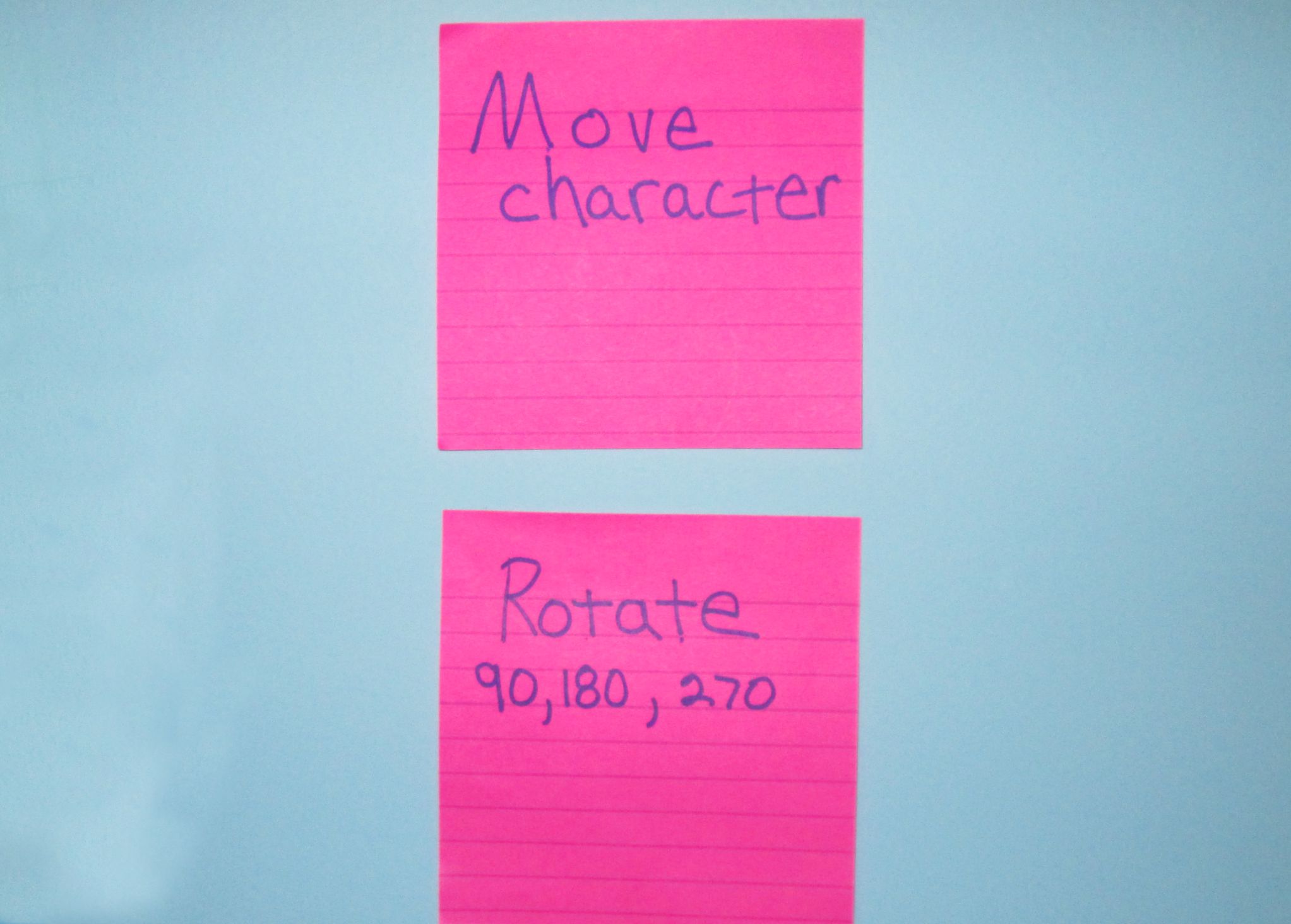 Controls set parameters to either start the program or keep a portion of it running. 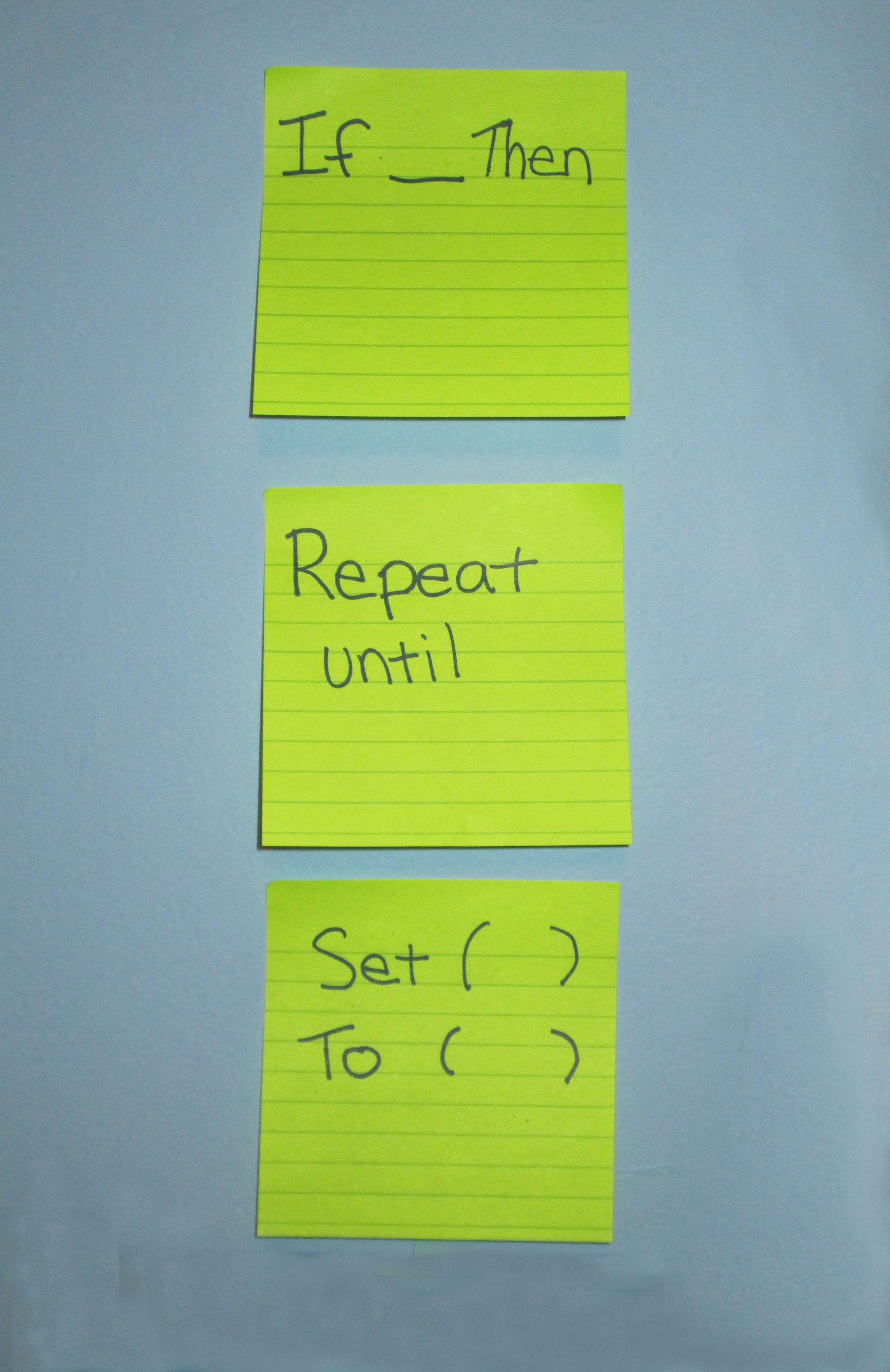 The operators are the math functions. 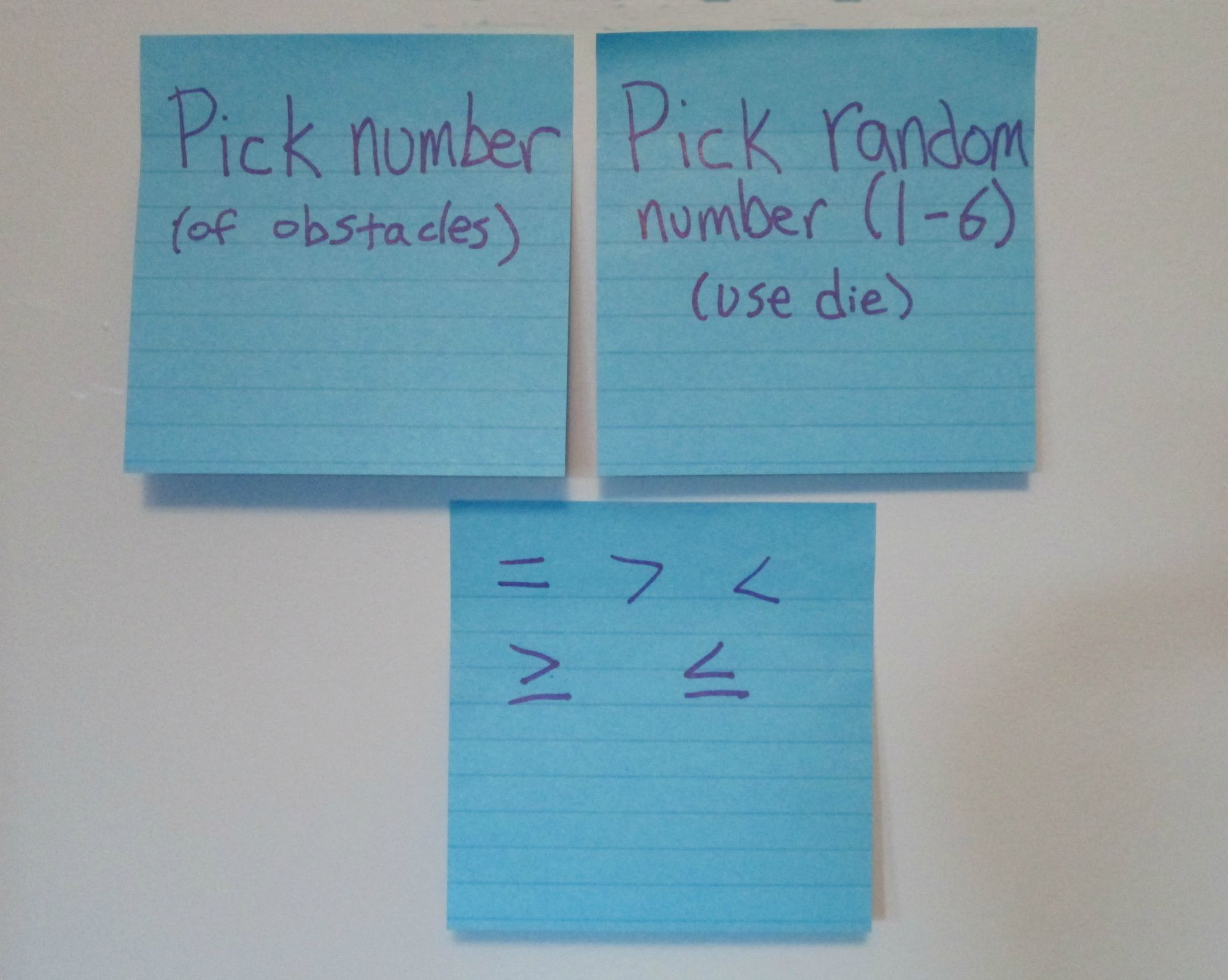 Set the main game piece at (1,1), the bottom left corner of the grid. To determine where its corresponding reward will be placed, roll the die twice. The first result serves as the “x” coordinate; the second is the “y.” In our example, the reward is placed at (6,4).

Pick a random number to represent the number of obstacles in your maze. Start with up to 3 obstacles to keep things simple for your first game. Add more as players are ready for more challenge.

Prepare a sheet to list obstacle placement. Roll the die and record your first result in the “x” column. Roll again and record the number in the “y” column.

Continue this process for as many obstacles as you plan to include in your game. 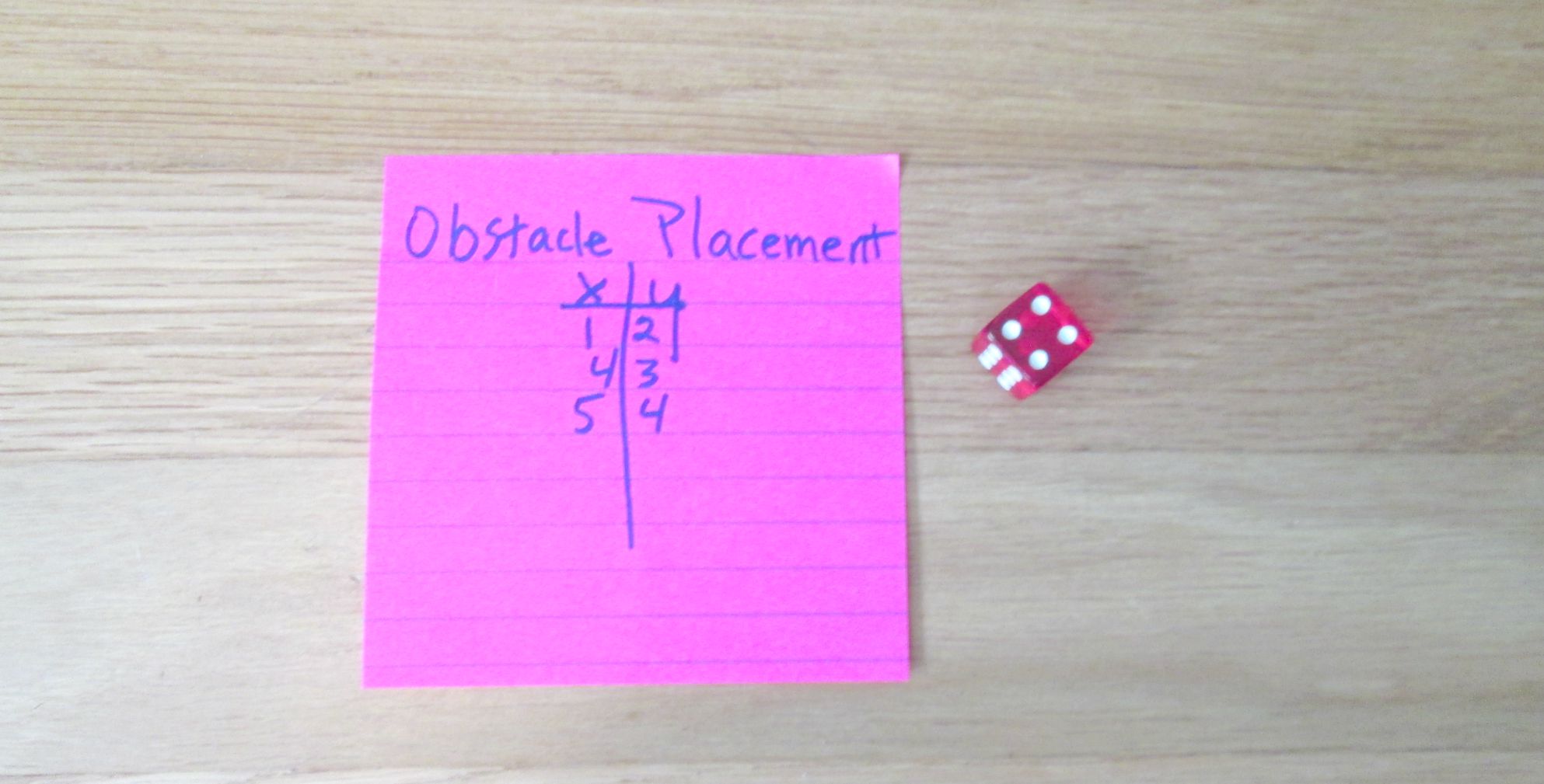 Place the obstacles on the grid based on your coordinate list.

Moving through the maze

Use the Move and Rotate commands to reach the objective. Continue until the program is written. 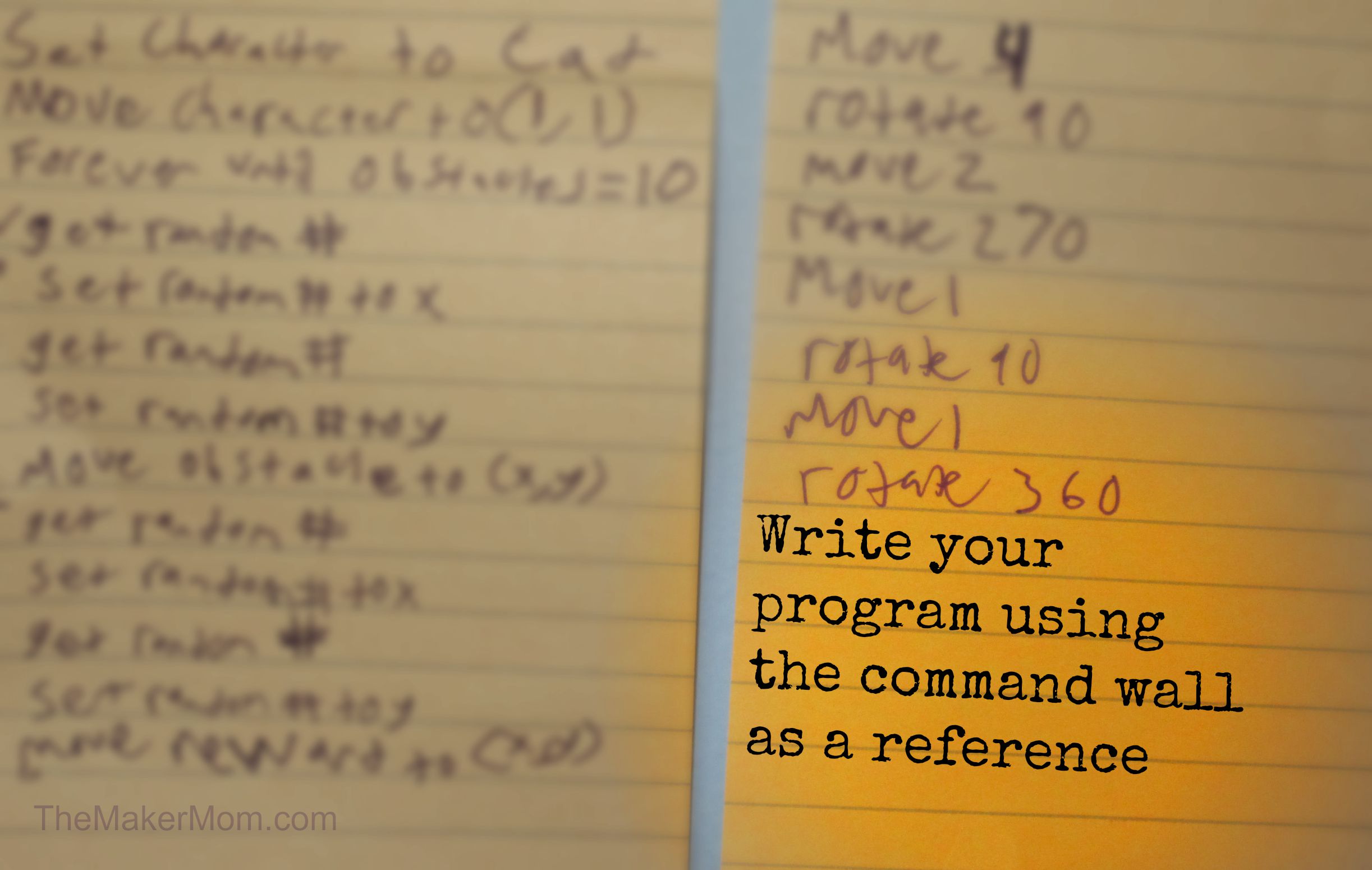 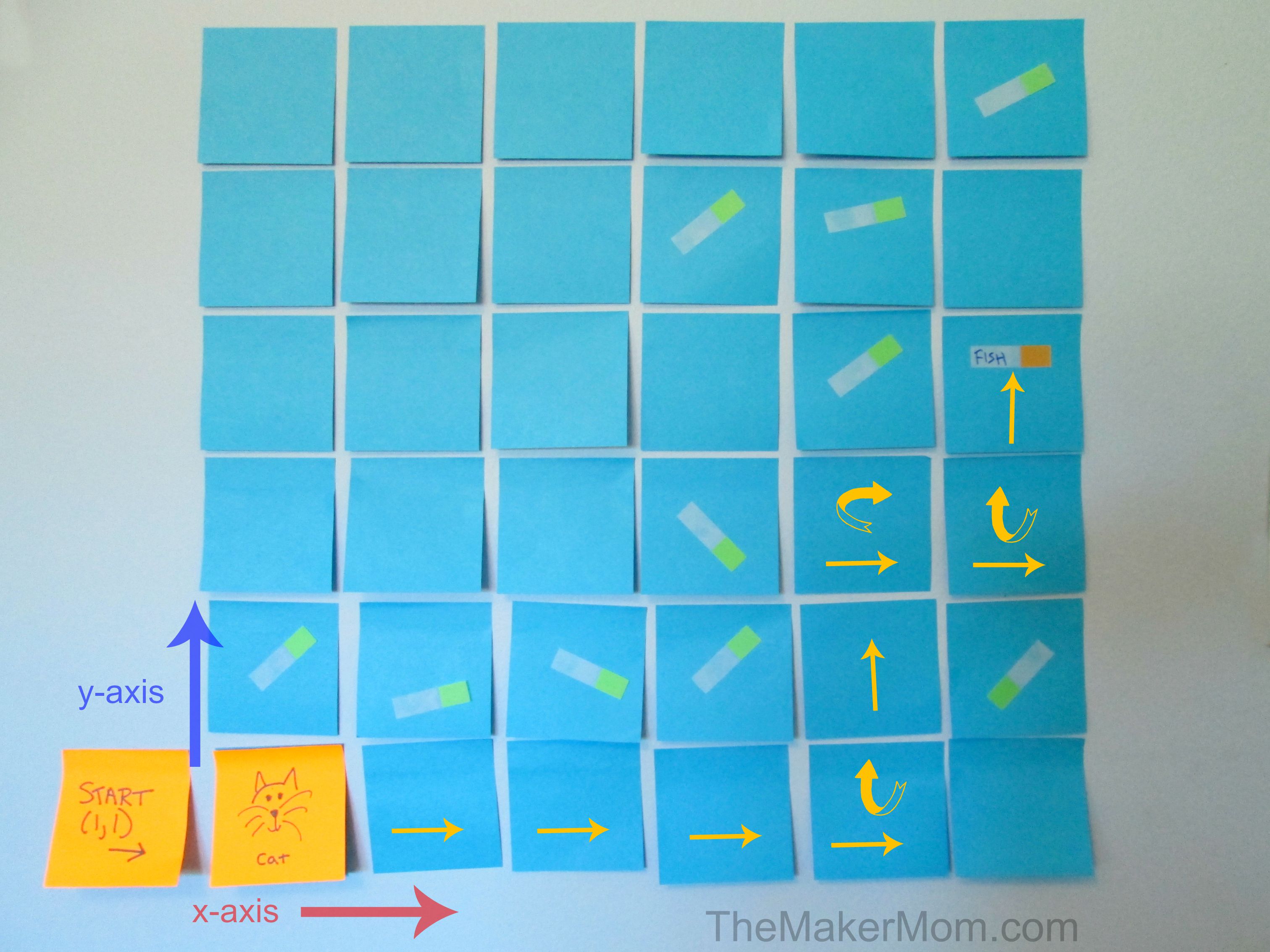 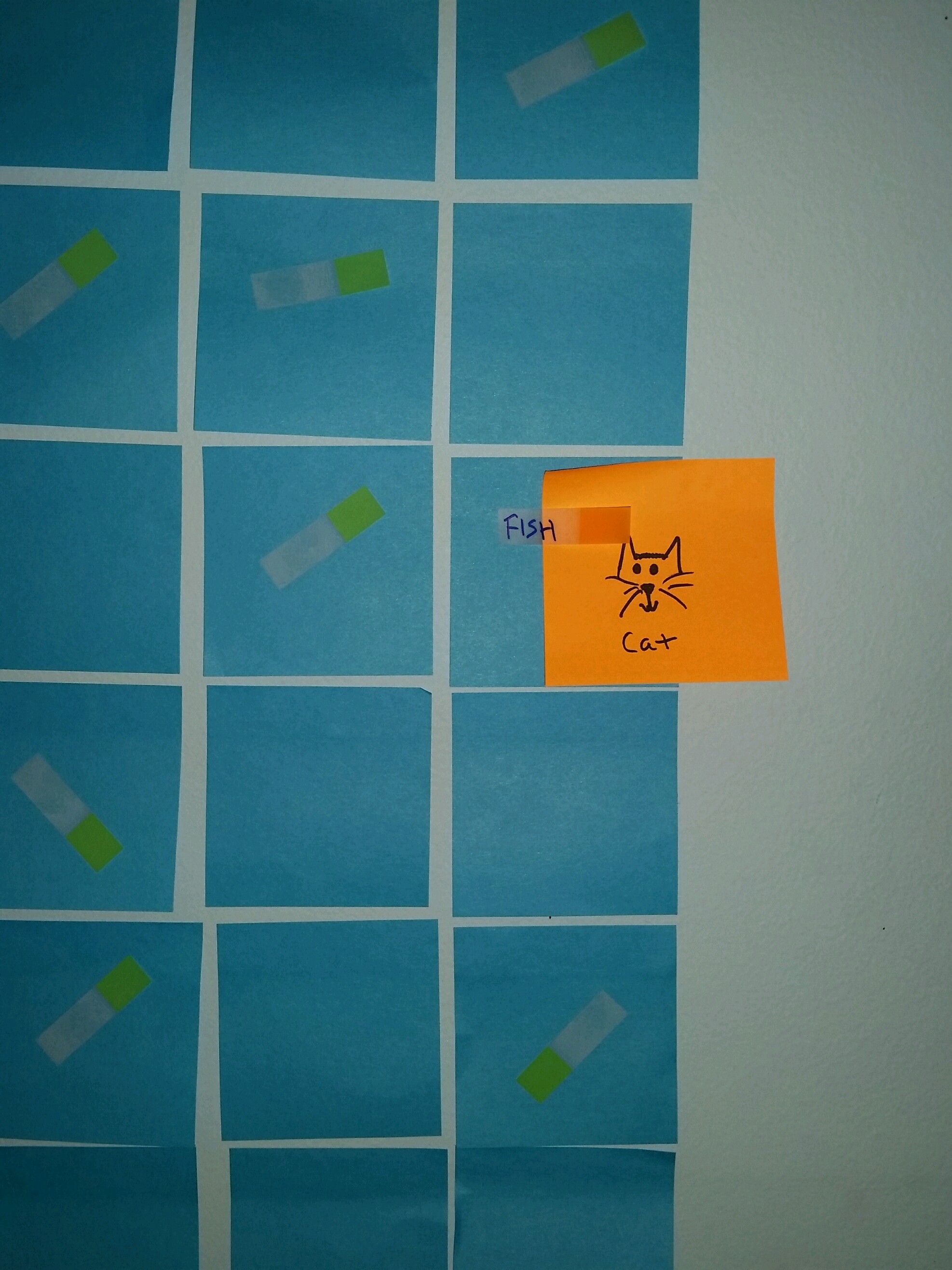 What are your favorite resources for kids who want to learn to program?