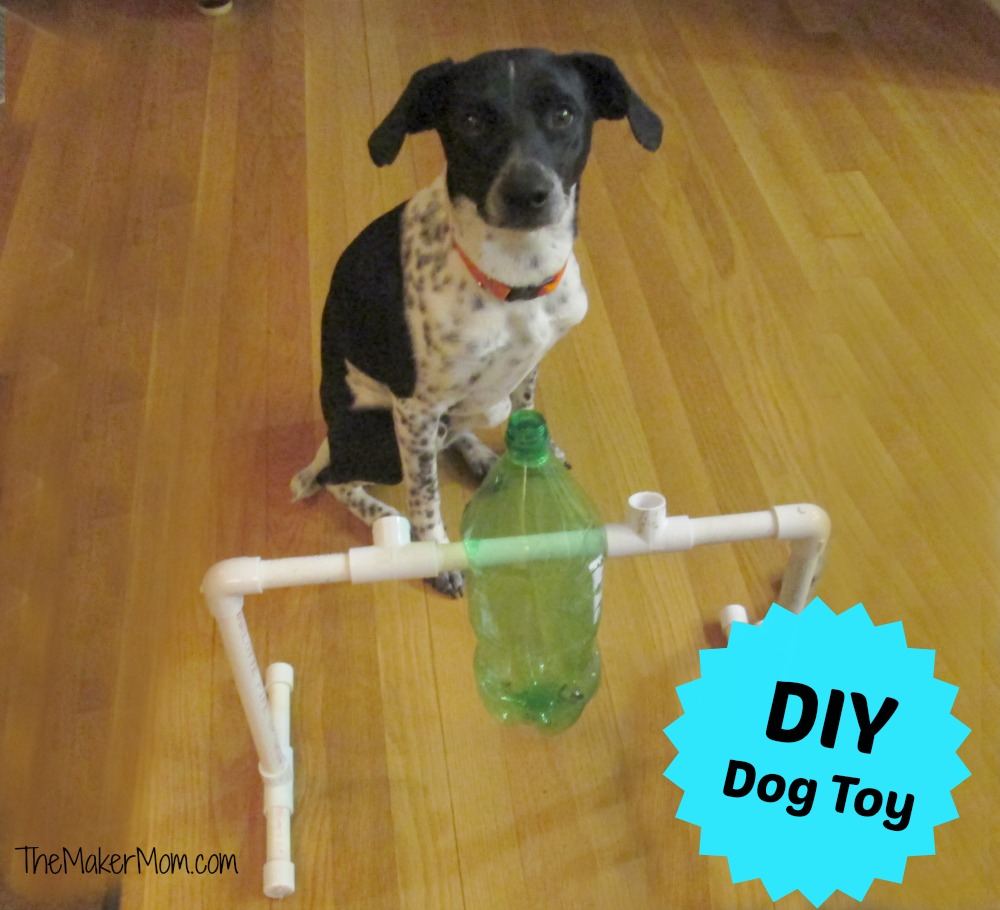 Inspired by something he found online, The Young Maker Teen set out to make a dog treat dispenser that would also be a fun puzzle or toy for our energetic dog. He went off to his computer and started designing a 3D plan in Autodesk Inventor.

When I checked on his progress, though, it was slow going. So I clicked on his browser history and saw that much of his “work and research” was in the form of Imgur visits and time on a favorite gaming site. After that I switched up the rules: use materials we have on hand and just make something.

Version 1.0, below, was quickly assembled with two shoe boxes, a dowel rod, an upcycled bottle of water, and a maker’s best friend, duct tape. Actually, at first we just had the dowel rod and the bottle and held it up, limbo style, for Tesla. Then my son moved on to the shoe boxes. It’s a good idea to weigh the boxes down. This could be done with small free weights, like ankle weights, or books or bags of beans or rice.

Maker kids don’t need pricey or exotic supplies to get the job done. 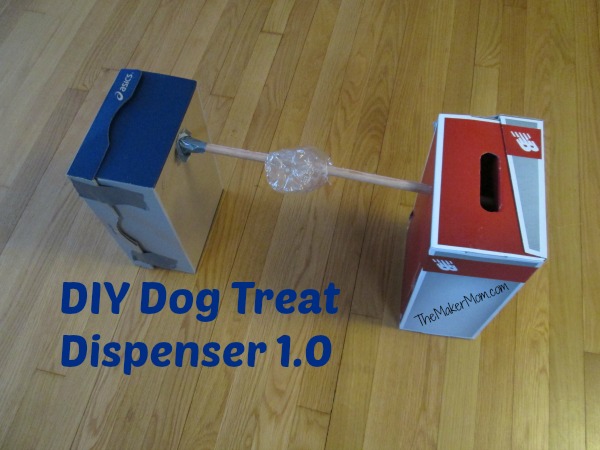 The dog treat dispenser works by placing a small treat in the bottle which the dog (or cat?) has to spin on the dowel so that the treat falls out. Hey, it’s spin the bottle for the canine crowd!

The YMT wanted to improve on his original design. He headed down the maker space, a dank area that’s used more for storing supplies than making, and raided the supply of PVC pieces that are typically reserved for creating marshmallow shooters.

And he created version 2.0, highlighted at the top of this post. Again, weights (or a person) are needed to hold it in place.

The treat dispenser presented a good challenged the first dozen or so times. During a couple of the early trials Tesla tried to bite the bottle in an attempt to rip it open, but eventually he figured it out. Watch him in the video below.

Now he’s got it down, so we’re on to finding a new challenge for him. Any ideas?