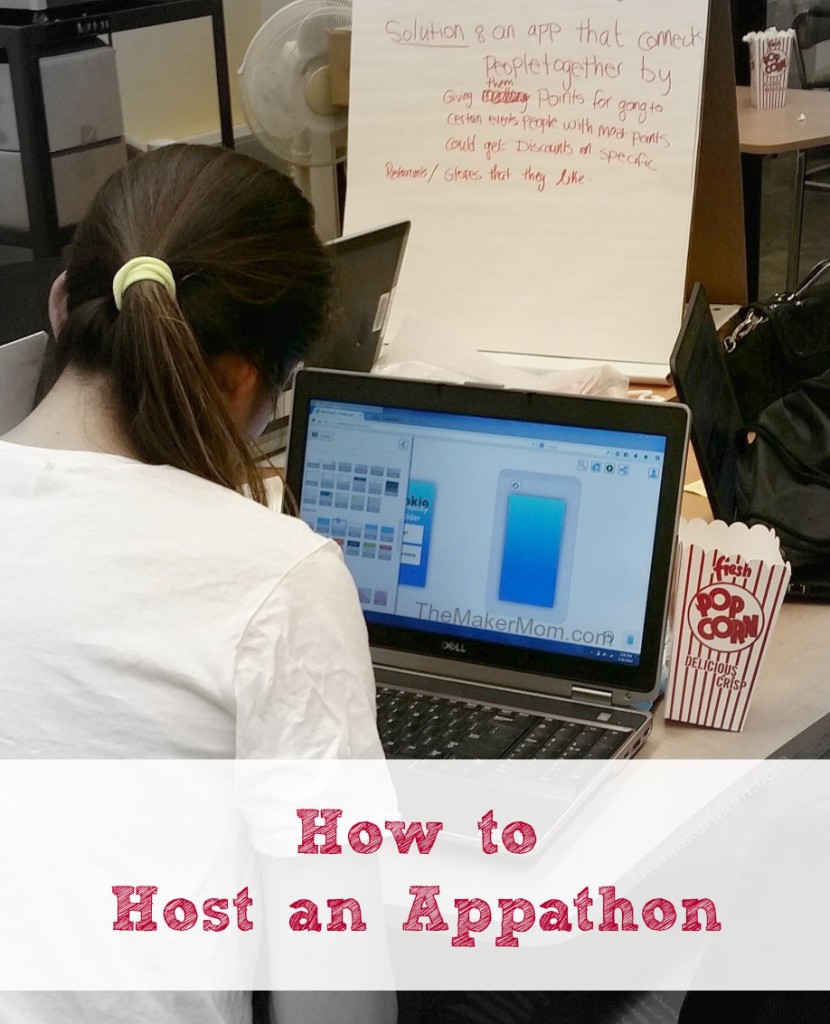 People + technology can solve any problem. There’s no reason those people can’t be teens, is there? In fact, digital natives are especially well-suited to use technology to create innovative solutions. We recently brought together a group of high school students, mostly from the Niles Township Schools, with a smattering from Lane Tech High School and others from as far away as Vernon Hills to do just that. After learning about key community concerns in Skokie, they used their creativity, enthusiasm, and tech skills to address those concerns with technology, specifically, apps at Chicago’s first public appathon just for teens.

If you want the short version of the Appathon, just watch this video. Otherwise, watch the video (seriously, it took a while to put it together, so indulge me and watch, okay?) and then keep reading my big fat Appathon round-up.

The Skokie Library hosted the Teen Appathon in their business center. The room, with its many electrical outlets, rooms within the room and flexible floor plan (tables and chairs on wheels), was the perfect fit for our group of 30. At least, we hoped it would be a group of 30. In early May we were still waiting for students to sign up for our May 30 event. But in the two weeks prior to the event it filled up and then some. In the end, we had 25 attendees, which worked out well since we had prizes for 5 groups of 5 students each.

We knew that many students would have their own computers as the Niles North and West students receive them freshman year, but we planned to have several loaners available. In the end, demand exceeded our loaner supply, even with the additional two personal ones (and the Surface) I shared. 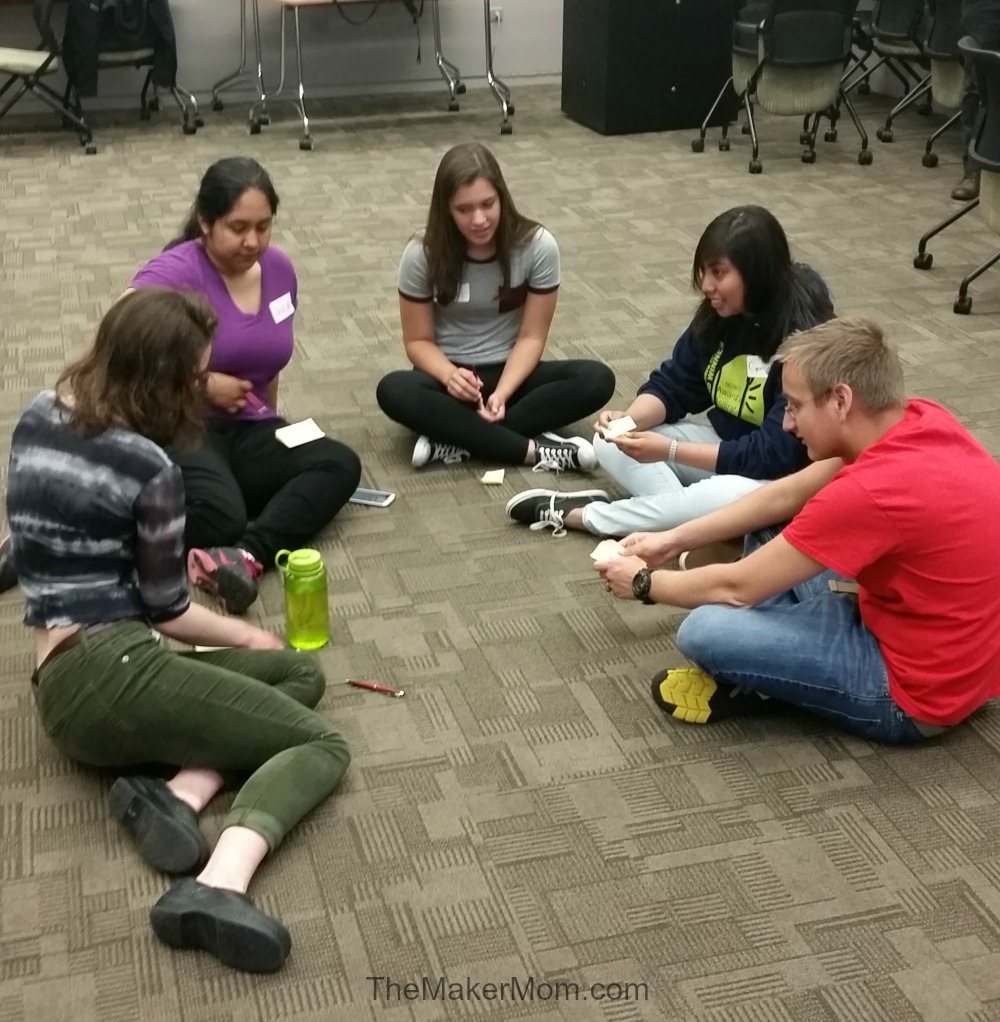 Brodie was our tech point person; Jon was second in command. Our teen committee members and several of the participants were also tech-savvy, so even though a nasty bug kept Brodie away at the last minute, we were in good shape (though we definitely missed him).

I was in charge of networking (the people kind) and brainstorming day during the event. I also procured event sponsors who provided food or prizes, though the library managed the lunch portion. As the mom of two teen boys, I’m aware of their appetites and the general upleasantness of hungry children, so I also picked up extra cookies, gluten-free snack bars and apples to have on hand. We also enjoyed a dedicated popcorn machine for much of the day.

In addition to traditional library PR channels and my blog, our teen committee members reached out to their schools’ student activity directors and computer science teachers. The CS teachers in turn shared it with other teachers through their professional networks. The Appathon also got a nice plug in the local paper, though the headline was a bit of a headbanger as we really tried to stress that the event wasn’t just for tech-savvy teens. Still, at least one participant showed up as a result of the article, so, yeah!

We didn’t know what kind of skills the participants would bring to the event. As a public library program, we felt it was important to make the program accessible to all regardless of technology skill level. Along those lines, not wanting to leave the less tech-savvy kids in the dust when it came to prizes, we offered a single vote-based Peer Choice Award Prize (a Chromebook!). All other prize winners had their names drawn randomly from a hat. As far as the Peer Award, we spent a few minutes brainstorming the voting criteria early in the day (helpful, good role model, a leader who knows when to step back, etc.). 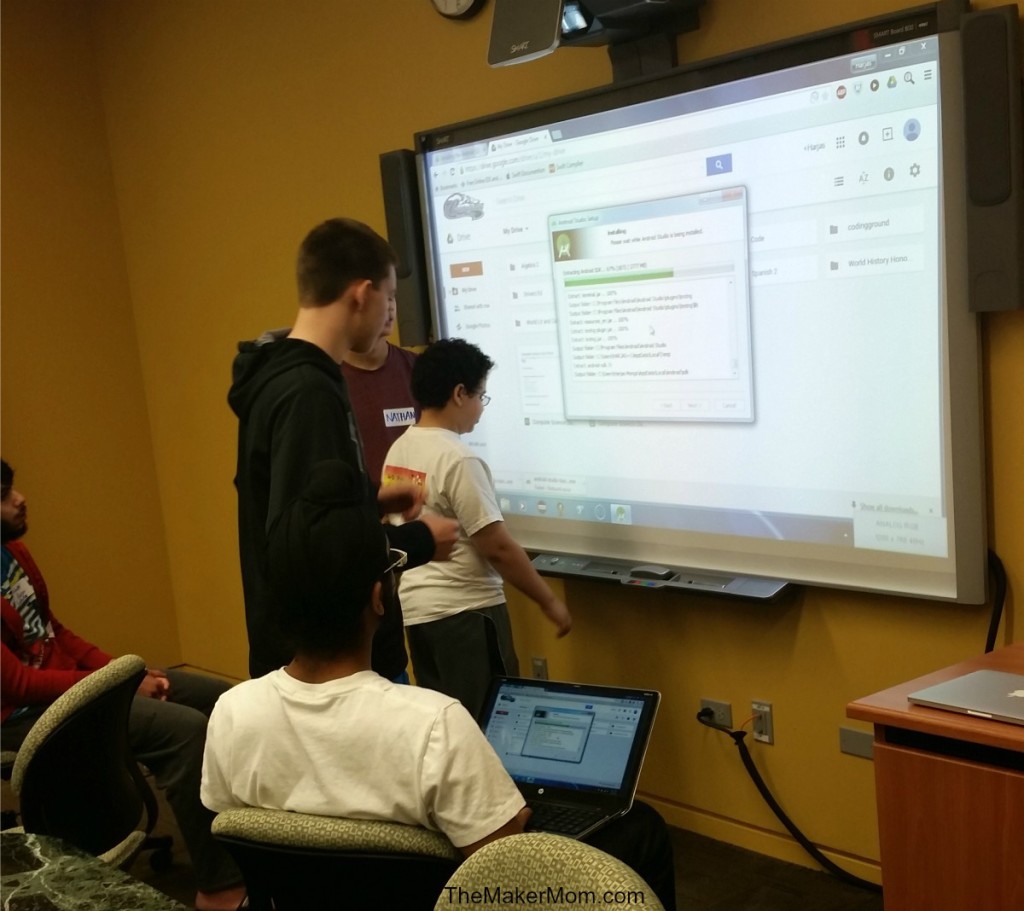 We created a pre-event questionnaire, which about 1/3 of the students completed. It provided a bit of useful information. We should have asked specific questions about past programming experience, like what languages have you used or have you done app development? rather than a vague one about whether they have any coding skills. 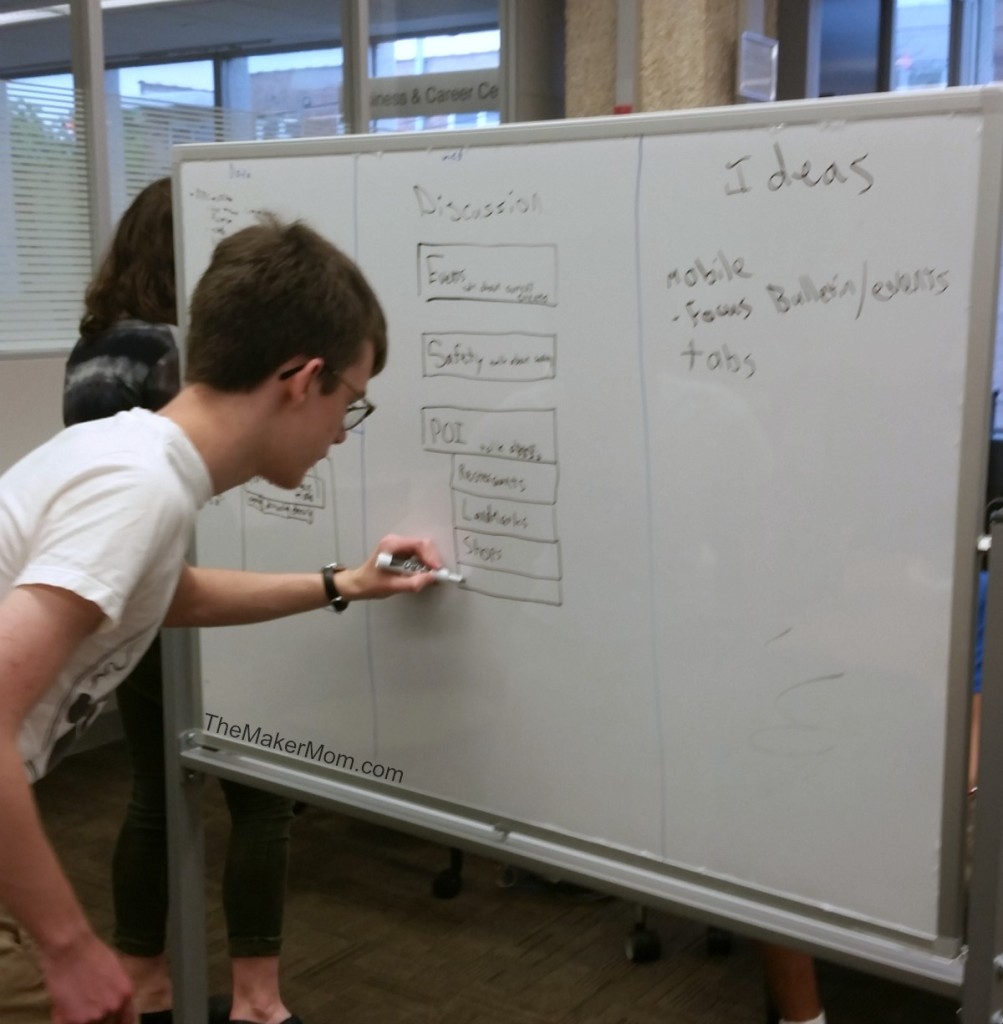 We tried to address this head on by starting the day with a reminder about appreciating the different skills people bring to the table- like how a coder who lacks design skills can benefit from working with a designer who may lack coding skills. This was reiterated before they formed their final teams.

Also, see this piece on welcoming new coders to a civic hackathon.

Our biggest challenge was figuring out what the day should look like because even the group members who hadparticipated in hackathons had never done a single-day event. Rani Shah from Monkey Bars, local hackathon hosts, helped us find our footing and wrap our minds around what the program might look like.

We came up with this:

9:30 – 10:00 State of Skokie presentation Key concerns: safety, sense of community and wanting to grow the downtown area. In retrospect a visual like Power Point or Prezi would have been helpful and we should have either had a hard copy summary of the talk for each team and/or posted it on the GitHub repository we’d set up for the event.

10:00 – 10:45 Icebreakers and brainstorming The ice-breakers were something of a last minute inspiration, but I’m glad I included them. The room as buzzing with energy and the teens were laughing, mixing and mingling. I used to lead team-building programs before I had kids; it was fun use some of my dusty activities. 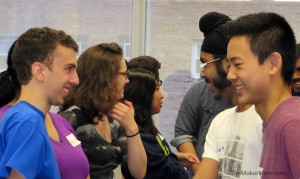 11:15 – noon Form teams and select problem This was an area for improvement- several teams picked a similar problem/approach and teams were not as skill-balanced as we hoped. Having teams form around ideas might be a better way to go as well.

Noon – 3:00 Working lunch Jon did a brief tech talk and made himself available to groups throughout the afternoon. We had planned for several mini-tech sessions for students to attend as they wished, like how to access local government data, a GitHub 101, and such, but some of that fell by the wayside with Brodie’s absence. The groups mostly used either MIT’s App Inventor or the prototyping platform at Fluid.ui.

3:00 – 3:15 Cookie Break My boys told me this sounded babyish, but let me assure you it was a hit. The kids (at least my kids) were too busy focusing on the cookies, and gluten-free snack bars and apples, to roll their eyes at me. We also had a plentiful supply of popcorn throughout the afternoon and drinks to keep hungry tummies from interfering with work.

5:00 – 5:45 Pitches We should have allowed a full hour or maybe even 90 minutes for this. Also, we should have been more clear on time limits as well as stricter on making the kids keep to them. Tech issues, like connecting laptops to the big screen slowed the process and many of the audience members had questions for the presenting team to the same effect. It would have been nice to include parents and invite local dignitaries to evaluate, or at least watch, the pitches.

5:45 – 6:00 Prizes We were running very late by this point and it was all quite rushed, not the calm celebration we had hopes for. Because of the rush, we also lost time to give feedback on presentations, talk about next steps, which teams might like to keep working on their app, etc.

We learned more than a few lessons, but overall it was it was a great program. We enjoyed a fabulously focused and talented group of teens. I’m proud to have been a part of the team that brought this event to life! I look forward to next year’s event.

3 thoughts on “How to Host a Teen Appathon or Hackathon”